Where does that grain come from? Part 2 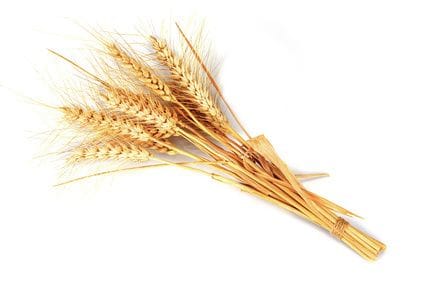 Unlike wheat, rye, oats, barley and triticale, there are a number of grains and seeds which do not contain the protein gluten. These wonderful and sometimes exotic grains provide great eating and good nutrition for everyone. They are the grains of choice for people with Coeliac disease or fructans intolerance.

Rice is the most widely consumed cereal grain in the world. It is a favourite staple in Asian cultures as it is easily grown in countries with high rainfall but takes a lot of labour. Rice was probably first grown as a crop in China.

There are very many varieties of rice, and varieties tend to be associated with regions. Depending on the type of starch in rice the grain may stay intact after cooking or be sticky. Rices that are less sticky like Basmati or the Australian grown Doongara strain of rice tend to have a lower glycemic index and are better choices for people with diabetes.

Brown rice has more fibre, it is basically the rice grain with the husk removed, but with the bran and germ remaining, giving it a nutty flavour.

A third of a cup of rice cooked is equivalent to one slice of bread. So if you are watching your weight, then be careful not to pile your plate high with rice. Remember to fill half your plate with vegetables.

Try risotto made on Arborio rice with lots of vegetables or this Asian rice pie made on brown rice and served with a big salad for lunch or dinner.

Quinoa is a native South American plant with edible seeds. Quinoa has been cultivated by the Andean people for thousands of years. While it is not a true cereal grain, it is a great alternative to couscous or rice. It is high in protein and does not contain gluten, so is suitable for people with Coeliac disease. Quinoa is a good alternative to rice in salads and has a slightly crunchier texture.

Corn is also known as maize. The maize plant grows ears which form the cobs, which are then harvested for their kernels. Maize was first domesticated in what we now call Mexico about 2000BC. Corn can be ground into meal or flour and this flour is the basis of Mexican foods such as tortillas, enchiladas and quesadillas. Some corn products like corn chips and tacos can be very high in fat.

For healthy choices, try packing half a corn cob in a lunch box or this great low fat popcorn snack idea for kids.

Despite its name, buckwheat is not related to wheat. It is actually more closely related to rhubarb! It was used in Scandanavia as early as 5000BC and is also popular in northern China, Korea, Japan, Tibet and Europe where it is made into buckwheat noodles or pancakes. Buckwheat is mostly found in Australia as flour or ready-made noodles such as Soba noodles. This buckwheat pikelet recipe would make a great afternoon tea when served with fruit and low fat yoghurt.

The word amaranth comes from Greek words meaning unfading flour. The seeds of this perennial plant are ground to make flour or served as whole grains. It was a staple of the Aztecs in the Americas but is also part of European and Asian culture, where the leaves are also eaten as a vegetable. Amaranth breakfast cereal has become more common in Australia, although the grain can also be found in the health food aisle of many supermarkets. This recipe for stuffed capsicum uses both amaranth and quinoa.