Home >  Blog >  Where does that grain come from?

Where does that grain come from? 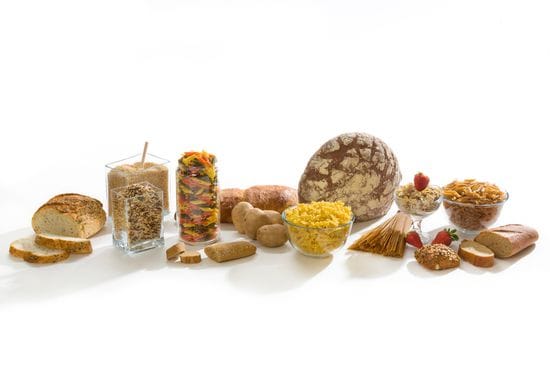 Long gone are the days of bread being our staple grain food in Australia. Our supermarkets are full of grains that reflect our multicultural society, but many of us find some unfamiliar and are unsure to use them. Lets take a look at some healthy grain alternatives, learn a bit about where they come from and how to use them.

Wheat is the second most commonly grown in the world. Wheat was first cultivated around 8000 BC. The first wheat products were made from coarsely ground grains and used to make flat breads in Middle East, which rose with some natural yeast from the air. Over the years the milling of wheat has become more refined and by the mid 20th century highly processed flour was common and it was used to make white bread, cakes and biscuits.

Flour from wheat is an excellent grain for baking cakes and breads as it contains a protein called gluten which has elastic properties. Have you ever stretched bread or pizza dough in your hands? It is the gluten that allows the dough to stretch and rise nicely, giving a lighter texture when cooked.

Wholemeal flour from wheat has more than five times the fibre of white flour making it a healthier choice. Wheat is also the grain used to make couscous and semolina.
Try a small slice of wholemeal banana bread with some fresh berries for a healthy snack.

Semolina is made as part of the process of milling wheat. The starchy part of wheat (the endosperm) is cracked by steel roller to produce semolina. It is typically used as a breakfast porridge but can also be used for deserts such as semolina pudding which was popular in Australia for the first half of the 20th century. Look up Grandmas cookbook for a semolina porridge recipe or try this recipe for traditional savoury semolina cakes.

Couscous is made by polishing wheat grains until small round pearls. Try the larger ball Israeli Couscous or the smaller variety. Couscous is easily prepared by adding hot water or stock and spices. It is often used to accompany Middle Eastern dishes or as a salad. Try a couscous salad.

Burghul or Bulgur  is made from the groats of wheat. It is usually sold par-boilied then dried. Bulgur can be used in pilafs, soups, bakery goods, or as stuffing. It is commonly used in Lebanese food such as tabouleh.

Try this recipe for delicious Kisir or burghul salad:

Spelt is the original uncultivated wheat grain, which grew wild in the fields of BC Europe. It can be used for all the same purposes as wheat and is available in wholegrain form as pasta, bread and baked products. One important difference between wheat and spelt is that spelt does not contain fructans, a starch which contains the sugar molecule fructose. Some people with food intolerances cant manage too much fructose or fructans in their diet and spelt products offer an excellent alternative. Spelt does contain gluten, however, so people with Coeliac Disease are unable to eat spelt. This homemade spelt bread is delicious and easy to prepare.

Oats are best known as the Winter favourite, porridge. Oats come from a cereal grain, grown for its seed. Wholegrain oats have more fibre. The oat seed is processed into groats and hulls (which can be used to make oat fibre). Whole groats can be steel cut. That is,  cut by steel blades into one of three grades- coarse, regular or fine. The groats are then processed into the flakes we know as rolled oats. Quick cook oats are the fine cut oats.

Oats can also be added to breads, biscuits and used as a low fat, high fibre topping for cooked fruit dishes like apple crumble.

Rye is the seed of a grass which grows wild in in Turkey. Like wheat it contains gluten and so is not suitable for people with coeliac disease. Rye in its pure form has a bitter taste and is often added to wheat flour to make rye bread A heavier style bread can also be made from 100% rye flour.  Rye breads contain good amount of fibre and can help keep you satisfied. Rye can be processed and rolled much like oats and rolled rye is a good addition to home made muesli.

Triticalae is a hybrid of Wheat and Rye. Developed in the late 19th century.  It was originally grown as a fodder crop but is now available from some health food shops and can be found in some commercial breakfast cereals.

Barley too has been popular for along time. It was popular in medieval Europe and is still a staple in modern day Tibet. Pearled barley has been processed to remove the hull and bran. Our grandmothers often added pearled barley to soups. Barley risotto is a fabulous healthy accompaniment to a Winter stew.