Home >  Blog >  Are You Getting Enough Iron?

Are You Getting Enough Iron? 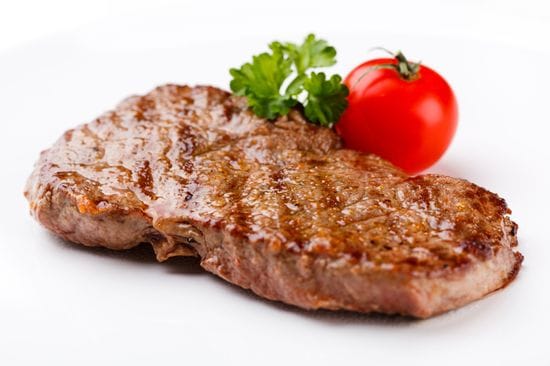 Are you tired all the time? Are your iron levels low? We all need to get enough iron from the food that we eat every day. Iron is needed for the immune system, and is a key component of haemoglobin. Haemoglobin is a protein found in red blood cells. It gives the red cells their colour, and it carries oxygen to all body tissues and takes carbon dioxide back to the lungs.

What happens when we don’t get enough Iron?

If iron intake is poor, then iron stores in the body start to drop, haemoglobin levels may fall and you can delelop anaemia. Anaemia also can be caused by loss of blood in the body so if you are diagnosed with anaemia, your doctor will look for dietary and non-dietary causes. Young children, athletes and teenagers are at risk of iron deficiency, and vegetarians can have lower iron levels than meat eaters. It is important to plan a vegetarian diet carefully.

The first signs of anaemia are tiredness, lack of energy, tiredness, poor concentration and frequent infections. Other symptoms can include brittle, flat nails which may develop ridges, sore mouth, smooth tongue and painful cracks in the skin at the corners of the mouth.

Where is iron found?

There are two types of iron in our food:

Red meat is the best source of haem iron. Chicken, fish and eggs do contain valuable iron but much less than red meats such as beef, lamb and kangaroo. You might like to try some offal meats such as liver or kidney as they are very high in iron. Unfortunately they are not very popular, but pate is made from chicken livers and can be spread on crackers for a light lunch or snack.

Non-haem iron is found in eggs and plant foods such as:

Only about 5% of non-haem iron is absorbed by the body, so we need to eat more of this type of iron to be able to reach the recommended intake.

The amount of iron absorbed from food depends on how much your body needs. If you lack iron, you will absorb more. Iron will be better absorbed by the body if you include one or more of the following at the same time:

Even a small amount of haem will help the non-haem iron to be absorbed better. If follow a vegetarian diet, you will need to be very careful to include enough iron in the vegetable based foods.

Vitamin C will increase the absorption of non- haem iron. Vitamin C is found particularly in foods such as citrus fruit, orange juice, berry fruits, capsicum, brussels sprouts, broccoli, cabbage, radish, potato, tomato and parsley. Include some of these foods at every meal.

Foods that interfere with iron absorption

Some foods can interfere with iron absorption and should be eaten at different times to the iron containing foods:

Some people will require an iron supplement when levels in the blood are too low.  These should be prescribed by your doctor. Sometimes they can cause gastrointestinal upset or they can make you constipated, so discuss with your dietitian or doctor. Don’t be alarmed if they make your stool go a dark colour!

How much iron do I need?

The table below shows the amount of iron needed by different age groups. Menstruating and pregnant women are the groups who need the most iron in their diet.

How much iron is found in the foods I eat?